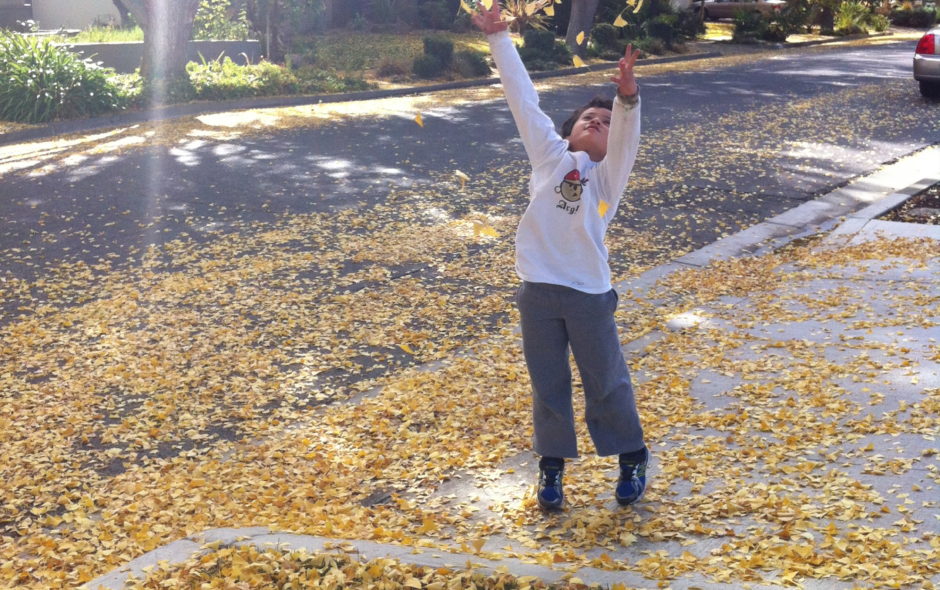 These days, we find Willy most often curled up, sleeping deeply in his favorite chair–the one with the slightly frayed, grass-green embroidered upholstery–with his silky black fur laying peacefully over him like a warm, wavy blanket.

The silky black stands in sharp contrast to the smattering of fury white accents on his chest and paws. And if you look closely, you will see his pink skin underneath the cotton white patches. Thirteen years ago, when we brought our Spaniel/mutt home from the dog rescue place, we would bury our noses into his puppy fur and breathe in that pink skin.

One time, early on, the sweet puppy smell invoked the exclamation, “Willy smells like an angel!” and it became our mantra ever since. And amazingly, this very doggie dog has never in his whole life smelled like a dog!

Willy and Loss
Aside from his sweet-smelling self, Willy’s legacy includes being the alpha of alphas, a faithful waggy follower (literally from room to room to room), and our ever-barky alarm system, alerting us to the vagrancies of scrounging squirrels and sneaky cats.

Willy sleeps a lot these days, and I often think that he is reliving his younger years in his dreams. As I observe some involuntary twitches as he sleeps, I’m certain he is racing around the fields, barking exuberantly, feeling the exhilaration of the wind on his face, and feeling the strength of the muscles in his legs as he bounds from adventure to adventure.

The doctors have done their thing. And we are keeping him as comfortable as we can– loving him, helping him on and off his favorite chair, walking him on his good days–until he is ready, and it really is time to let him go.

We have cried. And then laughed while we have cried, as we noticed that Willy didn’t give one concerned hoot about any of our tears.

As my seven-year old learns about this aspect of human life and human loss, my mom self is trying to do all the right things.

I am allowing his tears to flow and feeling free to join in, giving comforting hugs and kisses, acknowledging that I do not have all the answers, reading books about animal heavens, and lending my ear to bed time fears about death and dying. Sometimes I wonder what else I can do.

I have found, however, that I need not worry. I am the one, actually, learning the most about life, loss, and human resiliency, as my seven year old follows his own inner compass and does what comes most naturally to him in this process, as Willy bides his time.

I watched as the busy boy excitedly gathered treasures—first an older picture of Willy, showing a prominent toothy under-bite. Next came a favorite shell found on a beach camping trip, two delicate rose-shaped pinecones, a smooth river rock with a natural hole in the center, a small handful of brightly colored polished rocks, a rough rose quartz stone, and a tea light candle, each carefully placed just so.

Next he was intently cutting paper into an abstract shape. The last touch–writing the names of the people he loves in his neatest first grade scrawl. The name, at the center of this paper, was encircled by a heart—Willy it read.

Forever Ginkgo Leaves and Raindrops
A few days later, the curly haired boy and I were having our annual romp amongst the golden leaves of the ginkgo tree-lined street. Every year when the leaves have changed their color, we make our way into this neighborhood and play. There is leaf scooping, gathering, and throwing galore. The ginkgo trees welcome us year after year, and gently rain there golden approval on our laughing heads as a gust of wind breezes by.

As we finished up our play, the rosy-cheeked boy earnestly said, “Mom, we need to bring a Ginkgo leaf back home and put it on Willy’s altar.”

As the boy carefully placed the ginkgo leaf on the altar, I read aloud some information about our tree friends.

The gingko tree is generally recognized as one of the oldest trees in the world. It is considered a symbol of longevity, hope, resilience and peace. The Ginkgo tree is a phenomenon, an object of veneration, a sacred tree of the East, a symbol of unity of opposites, a symbol of changelessness, possessing miraculous power, bearer of hope and of the immeasurable past, a symbol of love.

“See Mom, I told you we needed to bring a Ginkgo leaf for Willy.”

Yes Leo, I see now. I see now that I need not worry about what to do or say.

This morning I added a short poem,  The Life of a Raindrop, written by Leo’s friend Katherine, on our altar for Willy.

I’m a Raindrop currently going through a water cycle
And I am going to tell you all about it from the beginning to end.
I started off as a drop of snow on an ice-cold mountain then melted into a stream.
When I was drifting in the stream I flowed past a blue jay that was so beautiful with all its feathers.
After that I landed into a huge pool and then I realized I was in the ocean!
I saw lots of colorful fish.
Soon after that I started rising, I was evaporating into a water vapor and turning into a cloud.
I started getting very light.
Then I started turning into a liquid and I was a Raindrop that was raining and I fell on a leaf then onto the ground.
I absorbed into the ground and was in an underground water flow.
I found a short cut and ended up at the stream again.
Then I was in the ocean again and I will just keep on going on and on.
— Katherine 2014

“Leo,” I wanted to know, “do you like Katherine’s poem that I added to the altar?”

Somehow I have a feeling that when sweet-smelling Willy decides it is time to go, it is Katherine’s poem and Leo’s Ginkgo leaf that will bring me the most comfort. 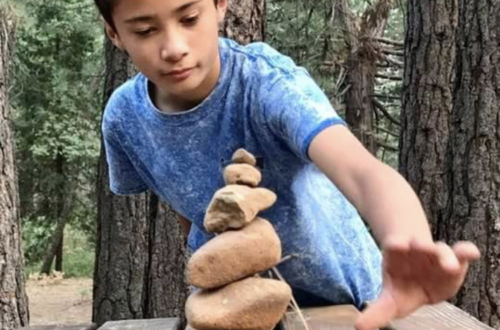 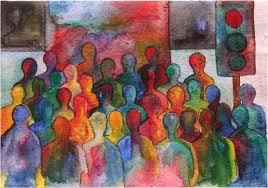 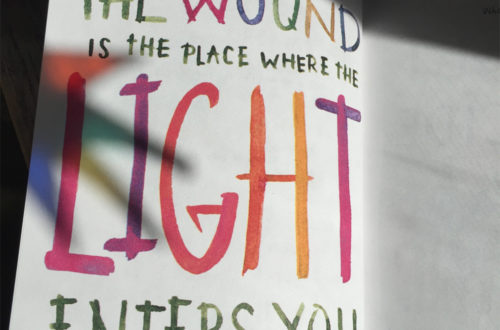 6 thoughts on “Willy, the Golden Ginkgo Leaf, and the Raindrop”