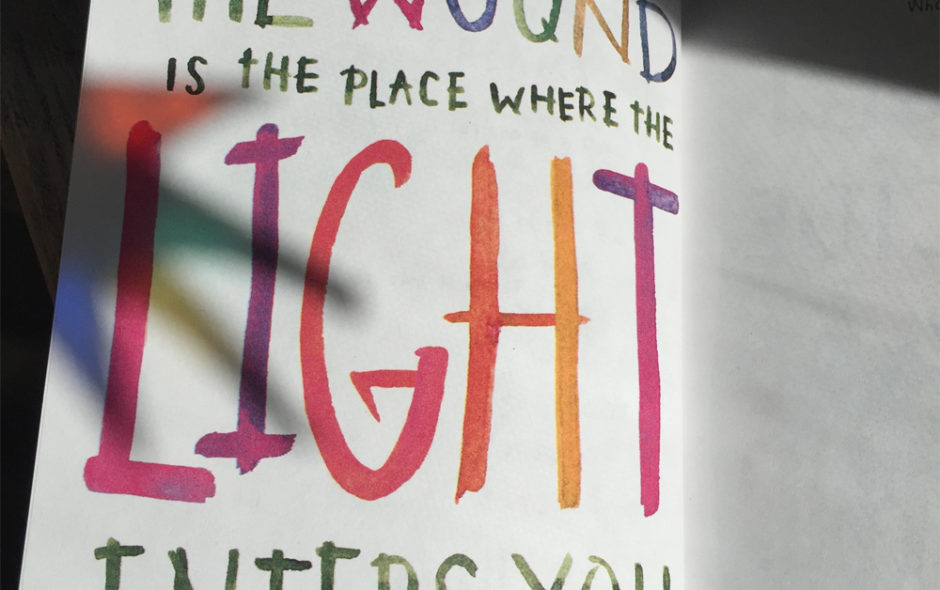 It’s been two weeks since the deadliest mass shooting in US history in Orlando, Florida.  It’s been six months since the Paris terror attacks and over five years since the Syrian Civil War began.

Yes, the human experience clearly comes with an extra large serving of pain and heart ache in one form or another—take your pick from the buffet of war, starvation, violence or personal loss.

So the other day, when our 14 year-old (98 in human years!) small, good natured, mostly deaf dog—a rescued Chihuahua Dachshund mix—was attacked by an off-leash dog, four times his size, the suffering of Orlando and the rest of the world came to a screeching stop right on the doorstep of my own experience.

Trauma
The moment was horrific. Without warning the big dog pounced, sank his teeth deep into Rico’s back and lifted him into the air.  I don’t know who screamed louder, Rico or I, as the big dog shook him like he was a floppy stuffed animal toy. Thank God it was over quickly; the dog dropped Rico and the big dog owner came rushing out of the house.

“What happened?” she sounded frantic.

“Your dog attacked my dog,” I spat out as I was trying to reach Rico who was hobbling around in circles, whimpering.

“Oh my God, I just had a visitor, the door must have been left open, she’s never done anything like this before,” the lady rattled off her excuses.

“Does your dog have all its shots? Rabies shots?” I shot out, ignoring her. I was too busy to look at her. I didn’t want to give her any of my attention. My fingers were separating Rico’s coarse fur, and I could see an oozing puncture wound already.

We were back at home now. Stupid lady. Stupid dog. I must have said that out loud. My eight year old was parroting my fear and anger back at me. My mom self couldn’t even muster up my oft spoken “We don’t say that word.” She was stupid! God I was angry. And scared. Rico didn’t look good, he couldn’t sit down, he couldn’t straighten out his hind legs; those deep brown eyes were looking at me for help.

Emotional Bonanza
The next few hours at the emergency pet hospital, and through the days that followed, found me scaling the emotional spectrum of every imaginable feeling within me. The senseless attack and trauma had induced feelings of anger, fear, hate, disbelief, worry, stress, sadness, betrayal, pain, and sadness again.

I watched myself need to contact all my close friends to share my pain and anger. I texted them pictures of Rico, unsolicited close-ups of his flank and back where the ER vet shaved him to find multiple bite wounds and two deep puncture wounds. I sent pictures of the drainage tube that was placed in the deepest wound and a picture of Rico lying listlessly with the cone collar around his neck. My friends listened patiently and empathized.

My whole system seemed to be flooded with a swirling bucket of emotions during those first days; and I was aware that I needed to feel them all. For Rico. And for myself. Even so, I became aware that it was up to me, to stay and linger in any one of those feelings if I chose.

And then a curious thing began to happen.

Love is Always There
As the jumble of feelings were acknowledged and felt, room was made to focus on the healing of my dog.
I laid down with him, nose to snout, and whispered love poems and encouragements between rounds of pain meds and antibiotics. My little boy did the same. And as we cuddled, caressed and cared, I found that the bonanza of emotions began to lose their zing. Anger lost its edge. Fear forgot its way. Blame relinquished its hold. And Sadness unfastened its focus.

As the feelings waned and weakened in the face of care and healing, what emerged surprised me, yet did not surprise me. Here she lay beneath all the other emotions, waiting patiently. There was no denying it. She was the one thing left. Love. Yes, Love. Love was the default. And all I wanted to do was love.

In the face of Love I was done being angry; I didn’t feel like spending my precious time with blame. My pain was lifting; and I felt my fear gradually leaving. 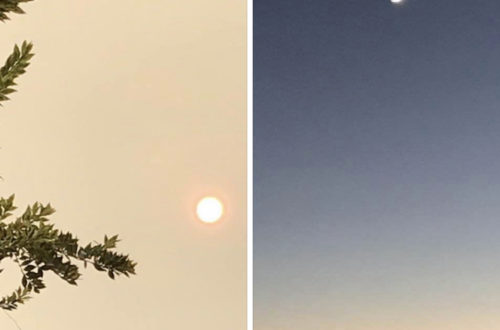 Beyond the Smoke…California Wildfires
August 25, 2020 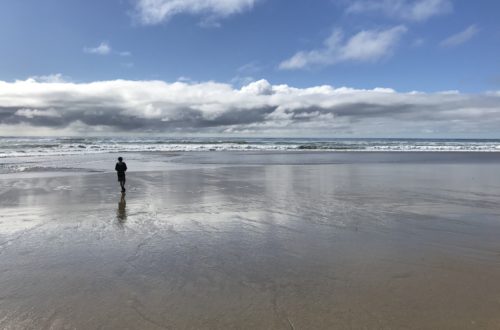 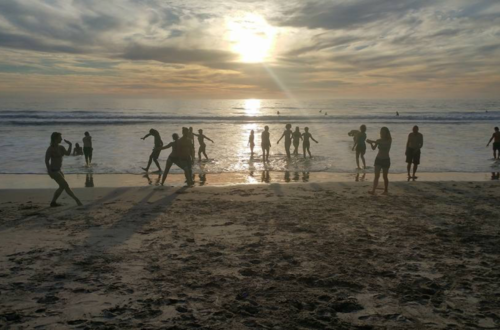 10 thoughts on “Love Is the Default”